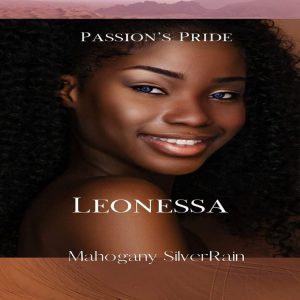 What was your inspiration for this book?
I wanted to write about Africa and I got inspired by watching the movie, Ghosts in the Darkness, a true account about the lions that were attacking workers as they worked on the railroad. Since I am a paranormal romance writer, my story was born from there!

Why did you decide to produce an audiobook?
Because I love this story and the imagery. I wanted to hear the accents of the West African People and being a southerner, I also wanted a little bit of country for my character, Lance.

How did you choose the reader for the book and the production company?
I listened to several readers, I choose ACX, it was recommended by Amazon. I heard Tony Walker's voice, and I thought he was perfect. I listen to audiobooks and the first thing that turns me off is the voice of the narrator and whether or not they connect wit h the characters. Tony's background included accents and he has actually spent time in West Africa, so it was meant to be! He is engaging and his description makes you feel like you are watching a movie or are actually apart of the story.