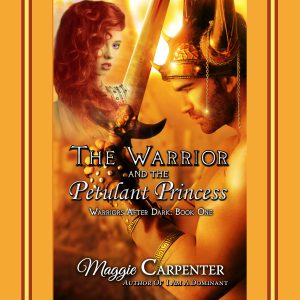 Princess Lizbett of Verdana, a violet-eyed, strong-willed young woman, has never forgotten a mysterious stable boy named Larian. He won her heart during her youth, and she still remembers his long shimmering golden ringlets, and his aqua eyes that set her pulse racing. When he abruptly left she was utterly heartbroken.

As he enters the kingdom their paths cross, and her rude behavior quickly finds her over his knee having her bottom soundly spanked. But in spite of the chastisement, or perhaps because of it, the sleeping embers of their love sparks into passionate flames.