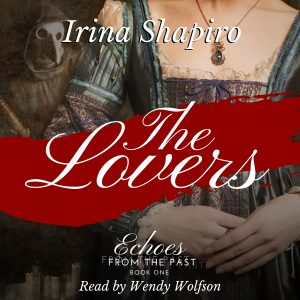 1665. When Elise de Lesseps is sold in marriage to Lord Edward Asher, she resolves to be an obedient and dutiful wife, until, on their wedding night, she finds out exactly what her husband has in store for her. His request leaves her feeling shocked and humiliated, but being his chattel, she has no right to refuse. The consequences of that night seal Elise’s fate, and set her on a path that will lead to heartbreak and tragedy.

2013. Renowned archeologist, Dr. Quinn Allenby has a gift; she can see into the past when holding an object that belonged to the dead. When asked to host a documentary called “Echoes from the Past,” Quinn uses her gift to find out what really happened to the 17th century couple known only as ‘The Lovers,’ and unwittingly stumbles onto the secret of her own birth.