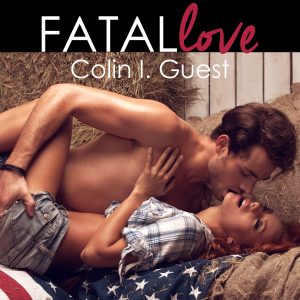 Before marrying Ian, Melissa and he enjoyed making love whenever they could. However, after a few years of being married, Ian is no longer interested in either Melissa or making love. After Ian dies in a traffic accident, Diane, Melissa’s best friend later takes her to the opening of a new club. While they are there, Melissa meets a man named Steve. After he takes her home and they enjoy a bit of hanky panky, it puts Melissa in the mood for sex. As a result, she goes out and buy some sexy underwear, then asks Steve to take her to the club. When they leave, and Steve takes Melissa home, they enjoy a sizzling session of lovemaking. He later moves in with Mellissa who is once again happy and enjoying a loving and caring relationship. Some months later, Melissa and Steve get married. At first, all goes well with their marriage, and then Steve starts to act a bit strange. He gets paranoid about Melissa’s safety and has burglar bars fitted to all their ground floor windows while she is out with Diane. If this was not bad enough, to Melissa’s dismay, Steve actions grow even stranger. It makes her worry about her safety.
While she and Diane are at the gym, Mary, an ex-nurse, comes up and speaks to Melissa. She is shocked when Mary informs her that Steve was once a patient in a psychiatric hospital. It does, however, explain Steve’s sudden mood swings. On returning from the gym, she finds Steve convinced that someone is watching the house. Melissa makes the mistake of telling Steve that something apart from work is causing his strange actions. On hearing this, Steve goes berserk and attacks Melissa. After hitting her she falls onto a glass top coffee table that smashes into pieces. Despite Melissa begging Steve to stop, he then starts to strangle her. On the verge of passing out on the floor, Melissa’s fingers encounter a piece of broken glass. She picks it up and blindly thrust it up at Steve. Although she had not intended to kill him, the glass pierces his neck, and Steve dies. At his inquest, the coroner clears Melissa of any charges. After two failed marriages, Melissa decides she has enough of men. She gets herself a rescue dog, and from then on is happy and content with her life.

END_OF_DOCUMENT_TOKEN_TO_BE_REPLACED 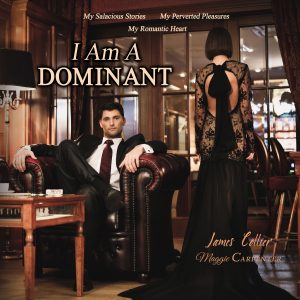 My name is James, I live in London, and I’m a dominant.

With help from Maggie Carpenter, some of my more colorful escapades are now exposed in this novel.

I’m also offering my list of Directives and Things To Remember. These rules are given to the women who choose to experience my ropes, toys, implements, and various tantalizing torments.

Though I can be strict, I do confess to being a romantic, and both sides of of my personality are evident in my stories.

UPDATE: After several requests for a second book, Maggie decided to take tales that weren’t used in this book and and include them in a series of novellas called, Ultimate Control. One of these, Amelia’s Awakening, chronicles my relationship with a woman who suffers from a condition called, Sexsomnia.