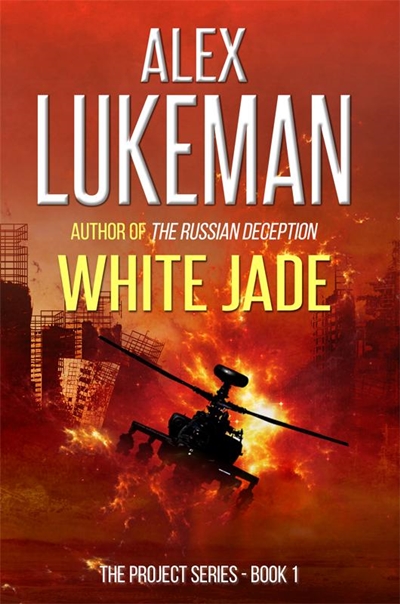 White Jade spins a web of deceit and murder across the globe, against the backdrop of a deadly international power game.

Former Recon Marine Nick Carter is a man with a dark history of emotional and physical scars. He works for the PROJECT, a covert counter-terrorism team that reports only to the U.S. President. Selena Connor is a beautiful, strong, skilled linguist. When her wealthy uncle is murdered by someone looking for an ancient book about the elixir of immortality, she is thrown into Nick’s dangerous world.

Elizabeth Harker runs the PROJECT. She assigns Nick to protect Selena and recover the missing text. It’s the beginning of a life and death adventure that spans the globe. Someone is determined to take over China and attack America–and Nick and Selena are right in the line of fire.

International intrigue, terrorist acts, and the threat of nuclear war form the core of this fast paced thriller, the first volume in an award winning series featuring Nick, Selena, and the PROJECT.

END_OF_DOCUMENT_TOKEN_TO_BE_REPLACED

When CIA operative Titus Ray has an unexpected encounter with a Jihadi terrorist while he and Nikki are on their honeymoon in Morocco, he assumes it’s a coincidence, but when they travel to Israel for the second half of their honeymoon, and Titus encounters him again, he contacts his CIA handler. Within days, Titus is on his way to Iraq to prevent the assassination of a high-profile government official. Is the assassin’s target the Iraqi Prime Minister or could the visiting U.S. President be in his crosshairs? Could it be someone else? Could it be Titus?

END_OF_DOCUMENT_TOKEN_TO_BE_REPLACED 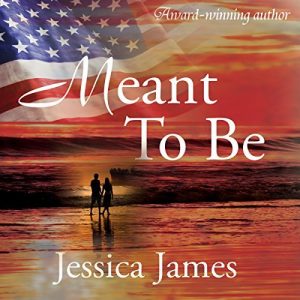 END_OF_DOCUMENT_TOKEN_TO_BE_REPLACED

CIA intelligence operative, Titus Ray, arrives in Washington, D.C. on the day a terrorist enters the Washington Navy Yard and murders five people. Convinced the incident is connected to a Hezbollah plot to use chemical weapons on an American city, Titus jeopardizes his own career to interrogate the killer and learn the truth.

The killer’s confession reveals a deep-cover Iranian terrorist operating in Washington and sends Titus on an intelligence operation spanning two continents and leading to the discovery of an Iranian general obsessed with destroying the nation’s capital.

As time runs out, Titus engages the enemy in a treacherous game of cat and mouse to save the lives of thousands and defeat the terrorists. Can his faith sustain him as he faces his greatest challenge yet? Is he willing to lose Nikki to save his country?

END_OF_DOCUMENT_TOKEN_TO_BE_REPLACED 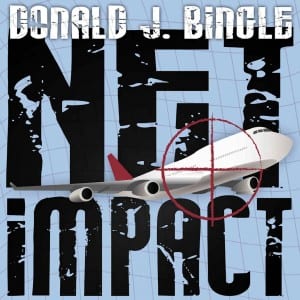 Dick Thornby is not Hollywood’s idea of a spy.

In his rough and tumble job there are no tailored Italian suits, no bimbos eager to please, and no massive underground fortresses built by evil overlords seeking world domination—just an endless series of sinister threats to the safety and security of the billions of mundane citizens of the planet. Sure, Dick’s tough and he knows a few tricks to help him get out of a tight spot, even if his boss accuses him of over-reliance on an abundance of explosives. But he’s also got a mortgage, a wife upset by his frequent absences on “business” trips, and an increasingly alienated teen-age son who spends way too much time playing in gaming worlds on the computer.

When a mission to bust up an arms exchange in New Zealand goes spectacularly bad, ending with the showy destruction of the Dunedin port facility, Dick is thrown into a maze of conflict involving Hong Kong arms dealers, cyber-criminals, Chinese government goons attempting to suppress computer access by dissidents, and even militant Maoris seeking rocket launchers to shoot down tourist-laden jumbo jets. Then a young computer expert back at the Philadelphia headquarters for The Subsidiary, an international espionage agency created in the aftermath of 9/11, discovers that the bad guys are involved in a vast conspiracy. Dick is forced to partner with the espionage neophyte to battle evil on multiple fronts, leading to a final confrontation that incorporates real-world conspiracy theories and cutting-edge technology.

In the end, Dick can save his partner, save his marriage, save his son, or save the world, but he can’t do it all.

Narration and voices by Bruce Pilkenton.

What was your inspiration for this book?
I used to play a lot of classic role-playing tournaments at game conventions–in fact I was the world’s top ranked player in the RPGA for about fifteen years. Not only did those tournaments include the traditional worlds like Advanced Dungeons & Dragons, Paranoia, Star Wars, and Call of Cthulhu, but some of the more overlooked spy-oriented systems like Top Secret, Timemaster, and James Bond. I also read a fair number of thrillers and watched a fair number of spy movies, but the spies were almost always either supercool experts at everything or shadowy loners. For Net Impact, I wanted to write about a spy who was just a regular guy. Sure, he would have some training and skills, but he would also have weaknesses and vulnerabilities. Plus, his family–yes, family–wouldn’t know he was a spy.

To further raise the stakes, I wanted to put this spy in a world no spy had ever really been in before. Fortunately, tech’s explosion has provided just such places to go–and the criminals and goons are already doing plenty of business there.

Take a look at the reviews and if they look interesting, I’d appreciate it if you give Net Impact a try, then add your own review on Amazon or wherever you usually talk/blog/share/post/tweet/write about books. When you wrote the book did you know you were going to offer it as an audio book?
No.

Why did you decide to produce an audio book?
Since my writing style is very cinematic, I thought it would be interesting to have an actor, like Bruce Pilkenton, who is superb at doing different voices and accents put together an audio version as a kind of poor-man’s movie of the book.

Also, by producing an audio version of my thriller, I could differentiate it from the zillions of other thrillers out there and put it in a much smaller marketplace where it would have greater visability.

How did you choose the reader for the book and the production company?
I’ve known Bruce Pilkenton for a long time and he is great at voice work, so I contacted him about the project. He sent an audition file and was great at working with me to fine-tune the voices how I wanted them. Bruce has his own studio, so it made it cost-effective for him to do the whole project.

If someone is thinking about creating an audio book, what advice would you give them?
The acx.com process is pretty straight-forward and they are very responsive if you have questions. You can also get bunches of actors to audition to find the one who is right for you. What else would you like to share with readers about your audio book?
I’d really like feedback, both on the book itself, and on the audio experience. I have two other thriller novels and this first audio-book is an experiment to find out if there is an audience sufficient to make those other thriller novels into audio books, too.