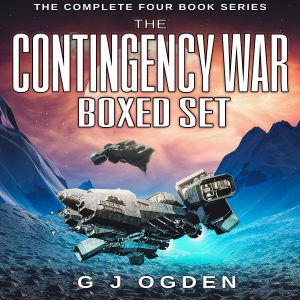 What was your inspiration for this book?
The initial spark came from reading about Lava Tubes, and how some can truly massive – large enough to fit entire cities inside!

For the rest, it's hard to describe without giving too much away. But I wanted to present a different POV for a lead character, and a surprising twist on the Earth vs. Aliens war story.

Why did you decide to produce an audiobook?
It provides another way to read for those with less time to read on Kindle or paperback.

How did you choose the reader for the book and the production company?
The narrator, Doug Tisdale Jr, had read other similar sci-fi stories, and done a great job. So it was a natural fit to work with him, and the producer Doug typically works with.