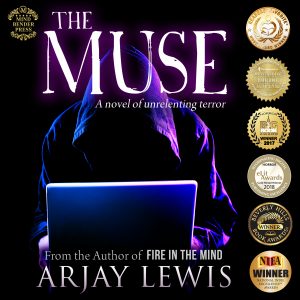 His pen and his sword are both mighty. When he loses his inspiration, he’ll drench the town in blood to get it back.
Hugely successful horror author Jack Court has a chilling secret. When he’s not writing bestsellers, he murders the innocent to satisfy the twisted whims of a symbiotic creature who lives within him. But after a sheriff out for justice chases him into the path of an oncoming car, the beast escapes the writer’s injured body in search of another host…
Harry Godwine’s words have never supported his family the way he knows they deserve. Just when he’s given up hope, he suddenly receives inspiration from something new inside of him. Harry’s unexpected success may just mean a new life for the ones he loves, as long as he can ignore the unfamiliar internal voice and the endless dreams of blood…
Without the symbiont to maintain his vitality, Jack becomes something different. Something not quite human. Something that’s willing to kill anyone in his path to reunite with the creature who will help him fulfill his darkest desires…
The Muse is a standalone horror thriller that’s bound to give you nightmares. If you like supernatural suspense, chilling creatures, and dark plots come to life, then you’ll love Arjay Lewis’ award-winning nail-biter of a novel.
Buy The Muse to be inspired by the darkness today!

What was your inspiration for this book?
In 1999, I had the desire to write a horror tale called The Dark. I had never written horror before, but I wrote the story which eventually sold.
The next day, I read in the news that Stephen King had been hit by a truck in Maine. I thought to myself, “It was as if something needed that story to be written and since he couldn’t, it moved to me.”
This was the height of ego as Mr. King is a far more adept a writer than I. But the thought stuck with me and I wondered what it would be like if there was something: an actual physical entity that could help people write, and not just write, but write best sellers.
That concept became The Muse.

Why did you decide to produce an audiobook?
As a trained actor and voice-over artist, it seemed a logical choice to create an audiobook. I drive a lot in my career as an entertainer, and I always have an audiobook playing through my vehicle's bluetooth connection.

How did you choose the reader for the book and the production company?
I am truly a one man band, did it all in-house. I did the research and found a good microphone, and the correct setting in my computer program Garageband. I then bought a product called "VOGO", which is a portable sound booth, that is basically a tabletop canopy, but works very well for shutting out ambient sound. My wife did the first edit, and then I would fine-tune the final product.