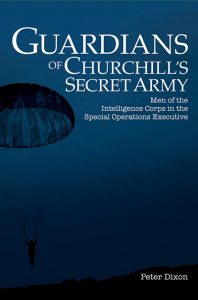 What was your inspiration for this book?
My wife's research for her book 'The Bride's Trunk' unearthed a gap in World War 2 history that I decided to fill. As my own research progressed, I found myself writing the fascinating stories of the men who worked to keep SOE secure.

Why did you decide to produce an audiobook?
I have enjoyed audiobooks for years and decided that 'Guardians' was not complete without an audio edition.

How did you choose the reader for the book and the production company?
Although I am not a professional actor, I decided that narrating and producing the audiobook myself would add authenticity. It's my book and I wanted to do it myself.