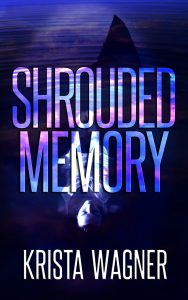 What You Don’t Remember Can Hurt You

Rian Field has it all. A thriving career as a marine biologist, a loving husband, and a loyal circle of friends. But after surviving a shark attack, she becomes strangely haunted by disturbing memories where two masked men held her hostage in her own home.

Before long, nightmares begin to plague her and she senses that her life is in danger. Rian believes there are fragments from the past that she can’t remember, important clues that could save her life.

Then someone breaks into her home. Again. Convinced that the shark attack is somehow connected to the masked men, she experiences a renewed sense of terror as the culprits appear to be among those she trusts. They are watching her every move. They know about her fear of sharks. And they will use that fear against her until she’s dead.

Rian must overcome her fear of sharks and uncover the truth before the past buries her once and for all.

A psychological thriller that deals with the realities of trauma and PTSD and is partly based on the author’s own experience.